In this day and age of tired remakes it is refreshing to see an artist break away from a tested and proven skill set.   The latest exhibition of Madison painter Chuck Bauer is a bold departure from his established body of work.   Chuck has for years been a regular presence in the community of  plein air painters in and around Madison, WI.   His work in plein air is fresh and lively in the way that only an accomplished painter can approach the act of direct painting.

Chuck’s work now on display at the Madison Senior Center at 330 W Mifflin St. (near Overture and the Central Library) is a new exploration of neon colors coupled with strong value contrasts and mysterious iconography.   The symmetrical compositions seem like a rebellion against the asymmetrical landscape of a plein air painter.  The imagery of these works evokes an exploration of the inner world of an artist.  They range from visual conversations with the world of art to childhood imaginings of the life of a romantic cowboy.

When the business of art eclipses creativity all efforts converge on  creating a consistently recognizable body of work.  Such a strategy can lead to marketing success, but leaves much growth and potential untapped.  The balance that feeds the artist’s soul and also puts food on the table is a unsolved zen koan on a par with “what is the sound of one hand clapping.” 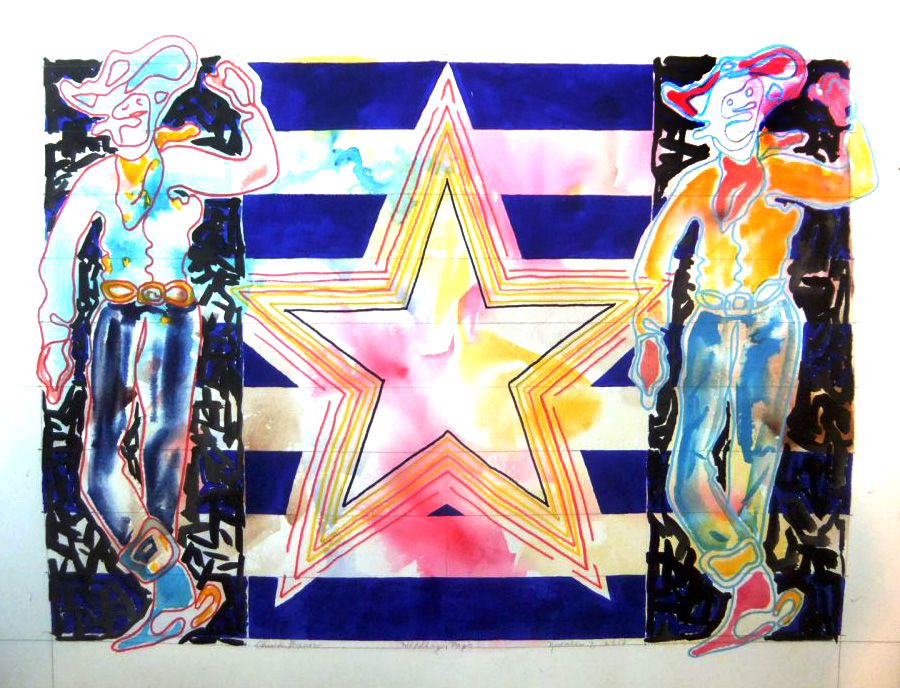 Terrance Coffman’s book Van Gogh’s Missing Journals is a fascinating work that sweeps readers back to the late 1800’s through Van Gogh’s eye’s.  The text introduces us to the gritty lifestyle of the farmers, preachers, miners and artists surrounding Van Gogh. The author is faithful to the facts of Van Gogh’s life, but uses the journal format to invent Vincent’s interior thoughts.   I found the work compelling because Coffman, who is also an artist, is able use his own experiences to build a convincing narrative. Coffman draws a clear portrait of of the personalities of Van Gogh’s friends and family. The book takes us to a time when when Van Gogh is not only obscure but also a failure in art, work and love.  Coffman’s text depicts the hard realities of mental illness in Van Gogh’s life. Vincent was also haunted by a stillborn older brother whose name he shared, but the shadows are tempered by tender images of Theo’s love and support as well as Van Gogh’s passion and commitment to his ideals, and art. I was fascinated with accounts of Vincent’s pleasures such as reading (Dickens, the bible…), drinking (absinthe, wine…)and club life (the Moulin Rouge,brothels…).    My reading of the book was enriched by frequently stopping to look up particular paintings or checking what Van Gogh had written to Theo on a particular date. This book is a chance to see the struggles of a great artist in the making.

A link to the book at Amazon: https://www.amazon.com/Goghs-Missing-Journals-Terrence-Coffman/dp/1983541559 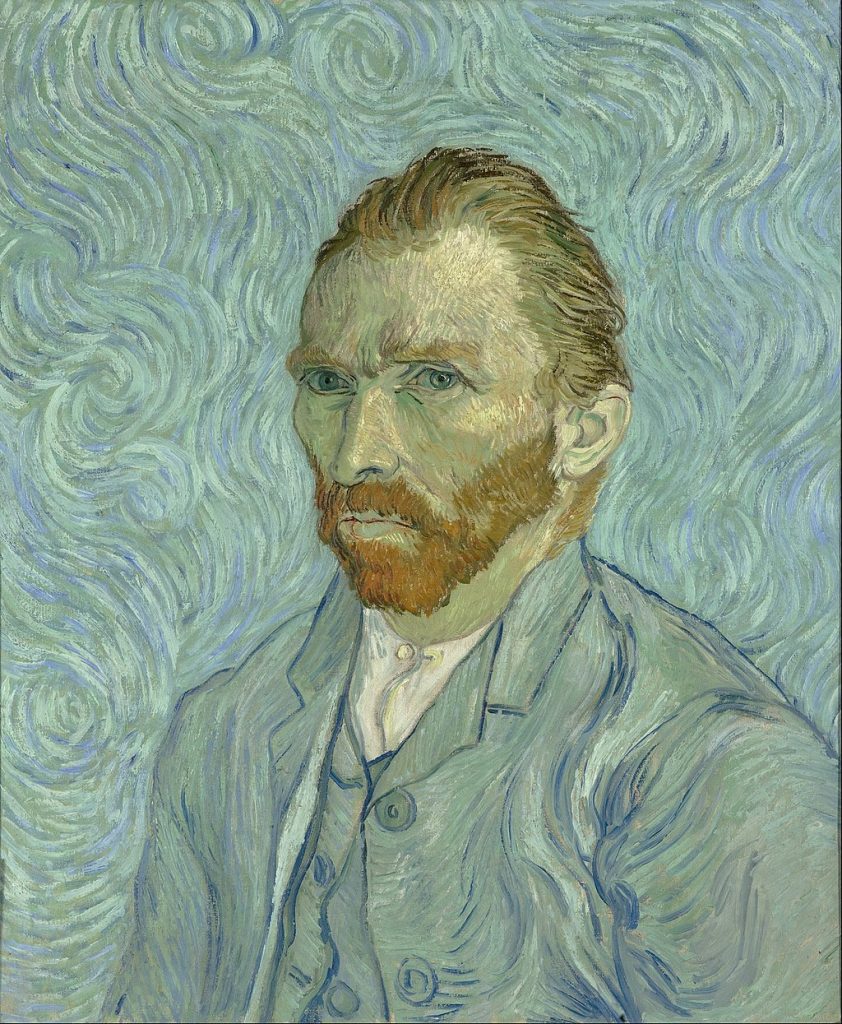 A few weeks ago I was looking through old books at a rummage sale.  A sign on the wall read: “vintage books 50 cents”.  There were stacks of books that my grandparents or great grandparents might have read in their youth.  In that pile I found Horatio Alger’s 1890 book, Five Hundred Dollars.  While the narrative was rather plodding, I was fascinated by the now exotic view of our country where a hearty meal cost 25 cents and transit is by horse and carriage.  If I had not been aware of the myth, I might have come to the conclusion that the name Horatio Alger is synonymous with stilted predictable writing.  The myth of Horatio Alger, is well stated by Wikipedia, which says he writes about “impoverished boys and their rise from humble backgrounds to lives of middle-class security and comfort through hard work, determination, courage, and honesty”.  This myth runs deep in the American psyche.  I remember hearing it from my parents and grandparents, so I was prompted to pick up the book to discover how the Horatio Alger myth was formed.  The book did not live up to my expectations of the Horatio Alger myth and in my eyes it failed as a work of literature, as well as a source of moral instruction.

The Horatio Alger myth has a certain beauty to it as we imagine an underdog fighting his way to success.  As I read this book, I found that the story deviated from my understanding of the myth.  While the author takes pains to endow the protagonist with traits of hard work, honesty, and good character, his achievements were made possible by intervention by others.  There is a rich uncle in the story who plays the role of fairy godmother to a poor Cinderella boy.  Contrary to my understanding of the Horatio Alger myth this protagonist’s rise was was due to connections.

I did not expect much from the book as a work of literature and in that respect I was not disappointed.  The characters are rather one dimensional, the plot is predictable, and the dialogue is stiff.  This is a book of moral instruction and the author goes out of his way to draw characters in black and white.

As I contemplated this book as a tool for moral instruction, I began to wonder what values were being advocated to my grandfather as his young impressionable mind was soaking up this adventure.  The theme of avarice vs. generosity eclipses everything else.  In pursuing this theme, the author takes pains to document every penny spent in this book.  In the end, virtue is rewarded, monetarily, but the process of achieving this result seems to strip life of any joy aside from that which money can provide.  For example, the protagonist’s brief stage of career is praised for it’s high wages and short hours.  I was disappointed in the accountant’s view of reckoning, where every moral choice seems based in monetary reward.

As I contemplate the faults of this book, I wonder if it has any bearing today.  I fear that Tea Party nostalgia longs for Horatio Alger.  If this book were to become a template for our society, I would expect that many rich uncles would fail to play their part as fairy godmother.   Even if they did perform scattered attempts at charity, what will become of those poor boys who are not such shining example of virtue?

This afternoon I took a long postponed trip to visit an art exhibition of Madison artist Elizabeth Palay.    I was glad I went.   Palay paints vibrant abstract paintings which drew me.  Since the show is a retrospective of work spanning decades from the 1970’s to the present, it made me wonder why I had never encountered her work before

The striking aspect of her work is the way she sets colors next to one another.   In many of her pieces there is active movement across the entire surface, but the result is not unbroken uniformity.   Instead there are often subtle variations that move the eyes across the image.   I had many favorites, but I especially liked some of the horizontal works near the second floor entry.  Palay’s is distributed on the first two floors of a medical building at 800 University Bay Dr.  The show is open Mondays – Friday 9am – 6pm.     If there was one disappointment it would be my desire to see more clearly the works that suffered unflattering light.  Palay’s work can also be seen at www.elizabethpalay.com